An Open and Shut Case

For we all stumble in many things. If anyone does not stumble in word, he is a perfect man, able also to bridle the whole body. James 3:2

Like I've said before, my mind is a swarm, I have so many ideas about what to write. So, how do I decide where to start? Well, it will just keep on coming up, like "word vomit" until I can no longer hold it back. (Jeremiah 20:9) In the book of Job, chapter 33, it says,

"For God may speak in one way, or in another, Yet man does not perceive it." (Job 33:14) Yet the Apostle Paul says in I Corinthians 2 that now we can understand it, because we have the Holy Spirit! So God will bring up the thing I should write about in different ways, like (#1) in His word, the Bible:

The Lord God has given me the tongue of the learned, That I should know how to speak a word in season to him who is weary. Isaiah 50:4

“Who has made man’s mouth? Or who makes the mute, the deaf, the seeing, or the blind? Have not I, the Lord? Now therefore, go, and I will be with your mouth and teach you what you shall say.” Exodus 4:11

To everything there is a season, A time for every purpose under heaven.....A time to keep silence, And a time to speak....Ecclesiastes :1 & 7


I had thought about writing on the mouth on more than one occasion. Joyce Meyer has so many wonderful Biblical resources - one book that I've read is called, "Me and My Big Mouth". 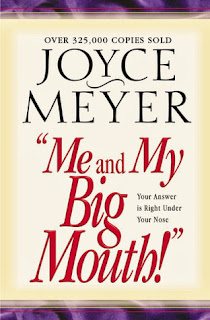 And the Bible has so so much to say about your mouth! There's a great resource I've mentioned before called, BibleGateway and you can go there and click on Keyword Search, choose what version of the Bible you'd like (I like the New King James or The Amplified, a great modern translation is The Message) and you can put in any word and it will look up where it is in that particular translation. How cool is that?


Right now, I am in the middle of writing many different things (my first speech for adults, my book, my blog). A couple of months ago Brother Jerry was preaching from the book of Acts. In Acts 8 is a story about Phillip being told to go talk to an Ethiopian eunuch who was reading in the book of Isaiah. Phillip explained to him how Isaiah 53 (also many other places in the Old Testament) was foretelling of Jesus. I've read this many times before but this time verse 35 stood out to me, it says, "Then Philip opened his mouth..." and then I thought, wait a minute, these verses just also said something about the opposite! The verse in Isaiah 53 says,

There's much to be said about keeping our mouths shut in the Bible. Once I put in my status: Therefore he who is prudent will keep silence in such a time, for it is an evil time. Amos 5:13 Could I possibly keep my big mouth shut??? For once???


In Isaiah 53, Jesus is compared to a lamb as He is in other places in the Bible but what about the places where He's referred to as a lion? Like in Revelation 5? In verse 5 He's called a lion and in verse 6 He's called a lamb. In my "Enjoying Everyday Life" Bible, Joyce Meyer has a note in Revelation about this titled, "lion or lamb?". Joyce says, "Throughout the Gospels, Jesus seems to act in two contrasting ways." She says how in Matthew 27 He confronts the money changers in the temple with "lion-like intensity". I also remember Him calling the scribes and Pharisees a "brood of vipers", now that's not very lamb-like! 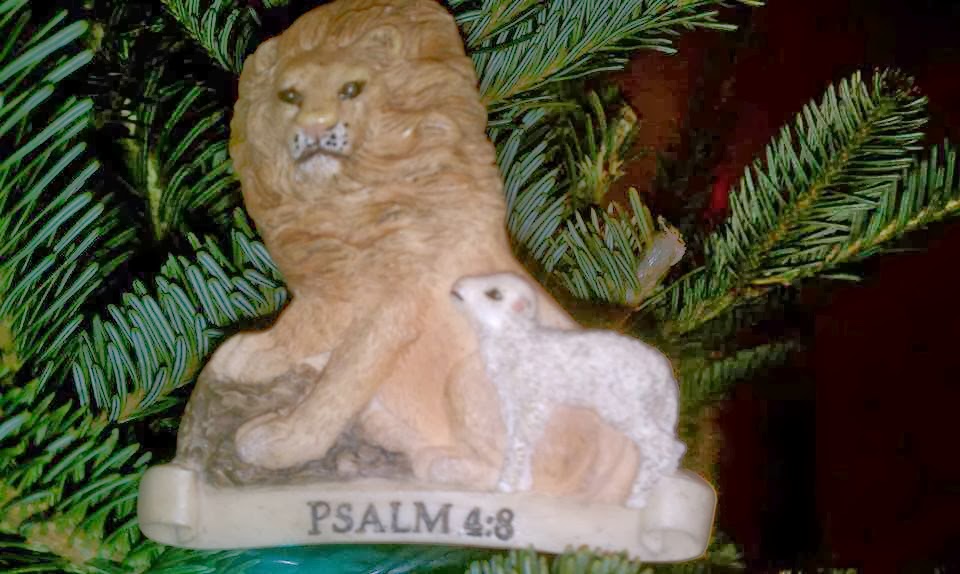 In John chapter 8 He's speaking to some people who claim to follow God because of their nationality:
"I speak what I have seen with My Father, and you do what you have seen with your father....You are of your father the devil, and the desires of your father you want to do. He was a murderer from the beginning, and does not stand in the truth, because there is no truth in him. When he speaks a lie, he speaks from his own resources, for he is a liar and the father of it.” (John 8:38 & 44)

Joyce goes on to say, "What are we to learn from His communication patterns? He was a lion when He needed to be and yet always a lamb- He never sinned or failed to be excellent in speech." Jesus was BALANCED. Just like it says to be in the verse I quoted before in Cougars, Cages and Confessions about that faux lion, Satan: Be well balanced (temperate, sober of mind), be vigilant and cautious at all times; for that enemy of yours, the devil, roams around like a lion roaring [in fierce hunger], seeking someone to seize upon and devour. I Peter 5:8 (Amplified)


So, how do we know when to speak and when to shut it? I think we need to learn to "Walk in the Spirit" like it says in Galatians. Also ask yourself, "What's my motivation?" to bring glory and honor to Christ?- then say it! Or don't- depending on which would honor Him. Are you afraid? That's Satan! He's trying to shut you up! Or make your life speak so loudly that noone listens to your words!


Say what you wanna say And let the words fall out- Honestly, I wanna see you be brave...Sara Barielles


Once I put this in my status: Do you ever obsess about "What should I say?" I do this all the time! Anyways, I was doing it again yesterday and when I was doing my (Tammy Melton) Bible study, she said to look up John 12:12 but I accidentally/Providentially turned to Luke 12:12: "For the Holy Spirit will teach you in that very hour what you ought to say." :-)

Also if we keep busy Praising the Name of Jesus, then Satan won't be able to distract us so easily. 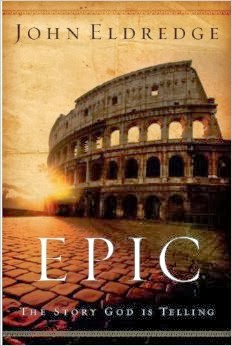 In his book, "Epic: The Story God is Telling" John Eldredge explains how all the stories and movies we love are from the Bible and based on God's story of redemption! The conflict or the problem, then the battle of good vs. evil and the ultimate triumph of good.


I've already compared myself to the little mermaid and said that in the Bible Christians are called God's sons and daughters and He is the King, therefore we are His princes and princesses. I wrote about this before many times, one place is on my website: Jamie's Bible 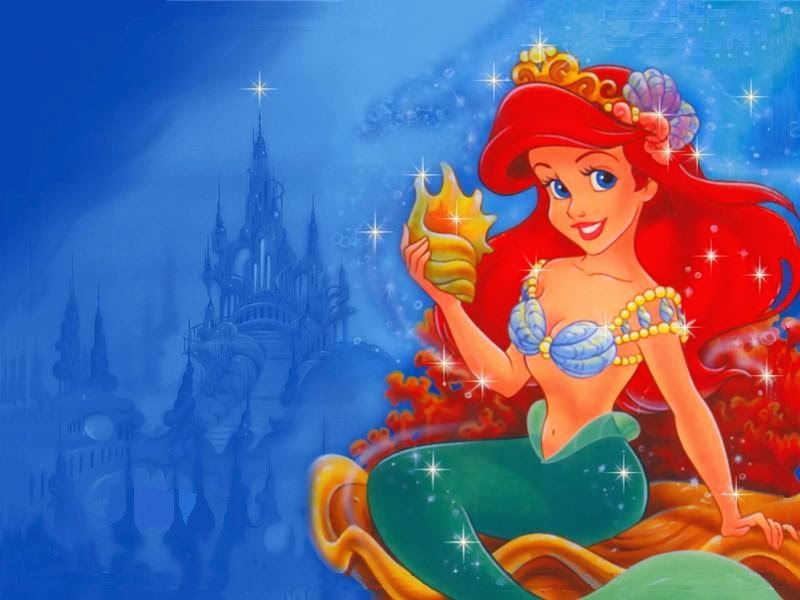 The Little Mermaid is a Disney movie based on the Danish fairy tale by Hans Christian Anderson. In the movie, Ariel, the mermaid falls in love with a human (Prince Eric), has a fight with her father and so goes to the sea witch for help. Ariel represents us, her father God and the sea witch represents the devil. Ultimately, her prince defeats the sea witch and her father has a change of heart and turns her into a human. And they live happily ever after! 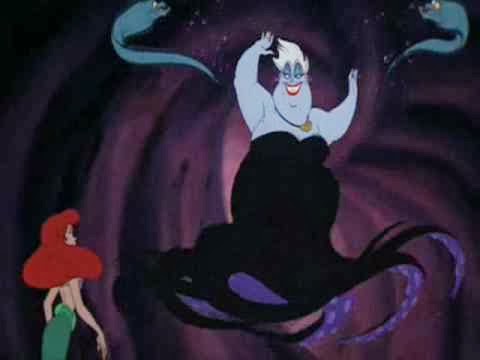 Oh, and there is one more thing.
We haven't discussed the subject of payment.

ARIEL
But I don't have-

URSULA
I'm not asking much, just a token really, a trifle!
What I want from you is - your voice.

ARIEL
But without my voice, how can I-

URSULA
You'll have your looks, your pretty face.
And don't underestimate the importance of body language, ha!

Let's sing and speak for our King not for Satan!

Sing, O daughter of Zion!
Shout, O Israel!
Be glad and rejoice with all your heart,
O daughter of Jerusalem! Zephaniah 3:14

If you return, Then I will bring you back; You shall stand before Me; If you take out the precious from the vile, You shall be as My mouth. Jeremiah 15:19

Oh, give thanks to the Lord!
Call upon His name;
Make known His deeds among the peoples!
Sing to Him, sing psalms to Him;
Talk of all His wondrous works!
Glory in His holy name;
Let the hearts of those rejoice who seek the Lord!

Seek the Lord and His strength;
Seek His face evermore!
Remember His marvelous works which He has done,
His wonders, and the judgments of His mouth...

And my speech and my preaching were not with persuasive words of human wisdom, but in demonstration of the Spirit and of power, that your faith should not be in the wisdom of men but in the power of God. I Corinthians 2:4-5

“Write the vision And make it plain on tablets, That he may run who reads it. For the vision is yet for an appointed time; But at the end it will speak, and it will not lie. Though it tarries, wait for it; Because it will surely come, It will not tarry." “Behold the proud, His soul is not upright in him; But the just shall live by his faith." Habakkuk :2-4


The plans of the mind and orderly thinking belong to man, but from the Lord comes the [wise] answer of the tongue. Proverbs 16:1

In my "Everyday Life Bible", Joyce Myer says, "God promises if we open our mouths, He will fill them (See Psalm 81:10), and Jesus promises to give us words and wisdom that none of our adversaries will be able to resist or contradict (See Luke 21:15)." 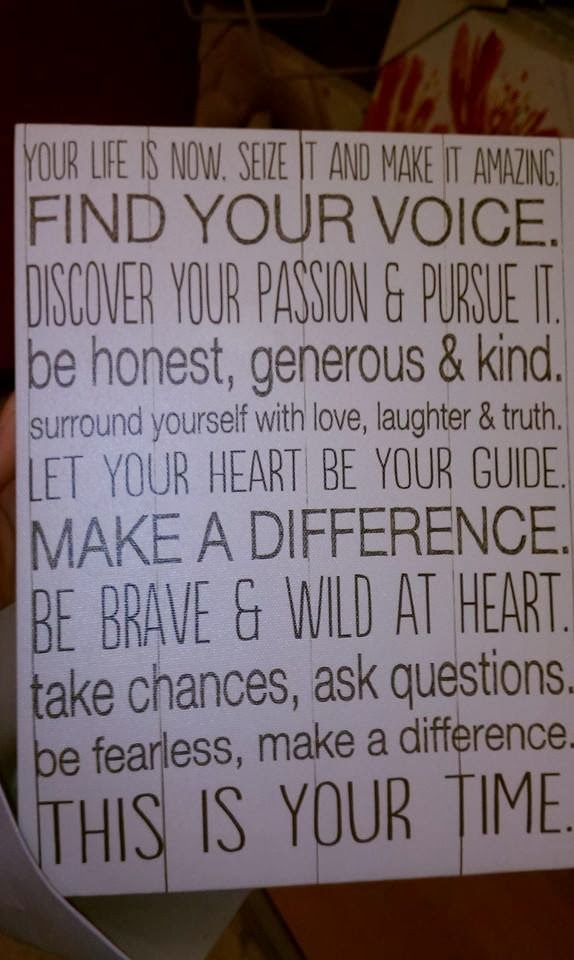 Posted by Susan Hewitt Story at 2:04 PM No comments: